It hit me with a surge of energy that immediately consumed me.  It was a sure thing… a can’t miss, money in the bank idea.  The idea was so genius I was baffled that I hadn’t thought of it sooner.  Why hadn’t it come to me before?  How come no one has thought of this yet?  Wait…

My heart walked toward the edge of the ledge as I prepared to Google my magnificent idea.  I typed it in and pressed enter.  Sure enough, there it was, in all it’s glory.  Not only had someone (multiple someones) already implemented the idea, MY idea, but one of them had given their business the exact same name I was going to use.  Apparently, I wasn’t the only genius out there.  This harsh reality contained more than enough force to push my heart off the cliff, and I felt it sinking… rapidly plunging into the swaying ocean waters of my stomach.  For creatives like me, originality is everything, so finding out my idea wasn’t really mine was a crushing blow.

I closed my laptop and did all I could to cram and stomp my disappointment into a wastebasket so I could move on to my next project.  Moving on was the only thing left to do, right?  I mean, if it’s not original, what’s the point?  Coming up with the newest, hottest thing is what creates all the buzz and makes people rich “overnight”, right?  Or was I missing something?

Smart, but Not THAT Smart

I recall watching an episode of one of my favorite shows, Shark Tank, in which Mark Cuban said something that so many entrepreneurs miss.  He stated, in so many words, that when you have a great idea, the overwhelming majority of the time someone has already thought of it and tried it.  However, this is not the impression that most of us get from seeing all of the “overnight” success stories on television and the internet.  Most of us spend our time and energy trying to come up with something groundbreaking and new.  Something that will shake the foundations of the earth and show up in history books next to a photograph of us in a private plane, a business suit, or on stage receiving an award.  But, according to Mark, that line of thinking is completely off base.

He went on to say that to create a successful business, you don’t need to have a new product or service.  You just need to execute better than everyone else.  I immediately thought of Facebook’s enormous success even though the concept of a social media site was not originally Mark Zuckerburg’s idea.  The network is so successful that many people today think Facebook was the first social media site. (“What’s Six Degrees?” — see timeline)

Another similar example is McDonald’s.  The McDonald’s fast food concept was created by the men who wore the name, Maurice “Mac” and Richard “Dick” McDonald.  However, Ray Kroc evolved and expanded it into the chain of restaurants that we identify as McDonald’s today.

Both of these success stories are perfect examples of the power of vision, execution, and determination.  With those ingredients, we don’t have to invent something totally new to excel as entrepreneurs.  When we have a vision that ignites our passion, we shouldn’t give up on it just because it’s been done before.

You’re a Great Catch Too!

The good news is there is no one like us.  We are each one of a kind, never to be duplicated.  Whether we would like to produce a product, a service, a book idea, or something else creative, each one of us brings our own unique perspective colored by our experiences, backgrounds, beliefs, and abilities.  It’s possible we can put a different spin on something that is already out there, and our personal touch could be just what people are looking for.

This realization helped me change my mindset and take a different approach when I’m hit with “new” ideas and visions.  In the past, I had given up on countless business and book ideas just because I Googled them and saw something very similar already on the market.  Sadly, I didn’t even bother to document most of these ideas.  They have long since evaporated and vanished like ghosts that continue to haunt me.  Today, I consider all angles and possibilities for any ideas I am blessed with.  If the concept isn’t new, I consider what pieces of myself and my journey I could infuse into it that might make my offering unique and appealing to those in need.  At the end of the day, business is about connecting and fulfilling needs, and the bolt of inspiration that hits us might just enable us to do that in a way that is well received.

So, the next time you get hit with a phenomenal idea, then find out it’s not so new after all, slow down and think further before throwing it into the “discard” folder in your brain.  Your unique take on the idea could be exactly what you, and everyone else, has been waiting on. 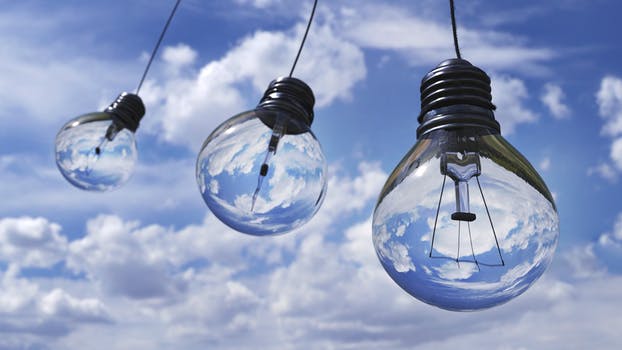 Cra-Z-Dreams is a life skills development organization and community dedicated to helping people of all personalities and backgrounds achieve their dreams!

Position your children today to achieve their dreams tomorrow…